“RHOA” star Cynthia Bailey Thomas and her husband Peter Thomas have written a relationship memoir on how they made their relationship work. 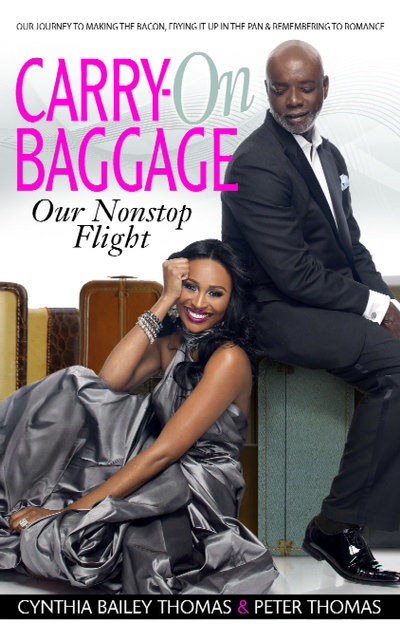 After a rocky engagement and two dramatic weddings, both filmed for the hit Bravo reality series “RHOA”, Cynthia Bailey Thomas and Peter Thomas have penned Carry-on Baggage – Our Nonstop Flight. It’s a straight talk couple’s memoir following their journey of raising a blended family, running a mini empire and keeping the home fires burning after ago 40.

Distributed by Griffin Scott Press, LLC, a press release from the couple revealed that they wrote the book “to inspire, provoke and make readers laugh out loud” as they look at their “nonstop flight to finding marital bliss.”  And it hits shelves July 2013.

Airbrush Makeup: Not Just For Brides With Celebrity Status

This site uses Akismet to reduce spam. Learn how your comment data is processed.